(New York, New York. January 31, 2020) The American Friends of the Bethlehem Development Foundation (AFBDF), a U.S. 501(c) (3) non-profit organization dedicated to the restoration of the Holy Region of Bethlehem, held a very successful dinner briefing on January 31, 2020 at the Lotte New York Palace Hotel in New York City,  attended by over 80 guests.

“We were honored to have such high -level attendance by both our guest speakers and attendees.  Their commitment and enthusiasm to help revitalize the Church of the Nativity where Jesus Christ was born was evident.” noted AFBDF President George Salem.

The American Friends of the Bethlehem Development Foundation (AFBDF) was founded in 2017 to establish financial assistance, grassroots support, and recognition for the development of the Holy City of Bethlehem. AFBDF supports the efforts of the Bethlehem Development Foundation (BDF), a non-profit organization headquartered in Bethlehem and founded by the late Said Khoury, with a Board of Trustees now chaired by his son Samer Khoury. BDF’s mission is to implement Mr. Khoury’s vision to create a sustainable economy and infrastructure for Bethlehem, and to enable the Holy City to sparkle as a peaceful beacon and unique spiritual center of the world for pilgrims of all faiths. AFBDF desires to expand its presence in the United States to seek support for the birthplace of Jesus Christ. 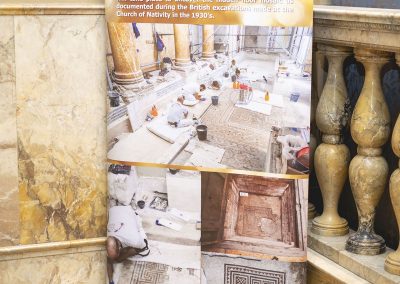 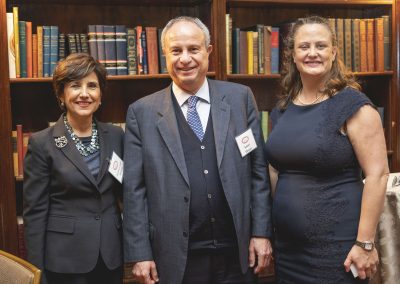 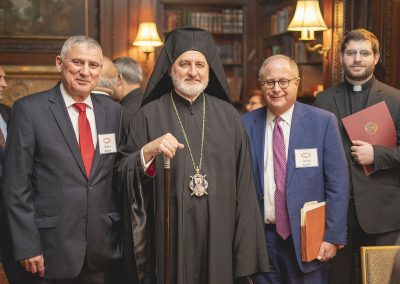 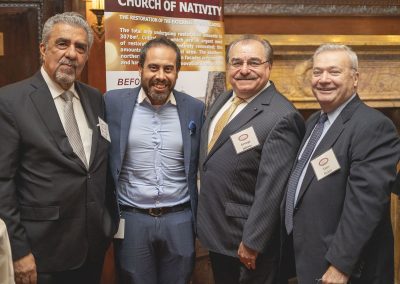 Chairman of the Board of Directors of the American Friends of the Bethlehem Development Foundation (AFBDF), the Honorable Mr. George Salem visits the Church of Nativity.

The Church of the Nativity in Bethlehem, Palestine removed from the WHC list of “World Heritage in Danger”

We use cookies to ensure that we give you the best experience on our website. If you continue to use this site we will assume that you are happy with it.Ok